What is the difference between the Madinah script and the South Asian script?

The two scripts are written by different calligraphers who have different writing styles. There are also technical differences which have been addressed in the Qaidahs, teaching users how to effectively read the Quran in the relevant script.

The South Asian script is usually found in the 13 line Mushafs/Qurans which are more commonly used in the indo-pak and South African regions.

The Madinah script which is sometimes known as the Uthmani script is usually found in the 15 line Mushafs/Qurans and is more commonly used in Madinah and other Arab regions. 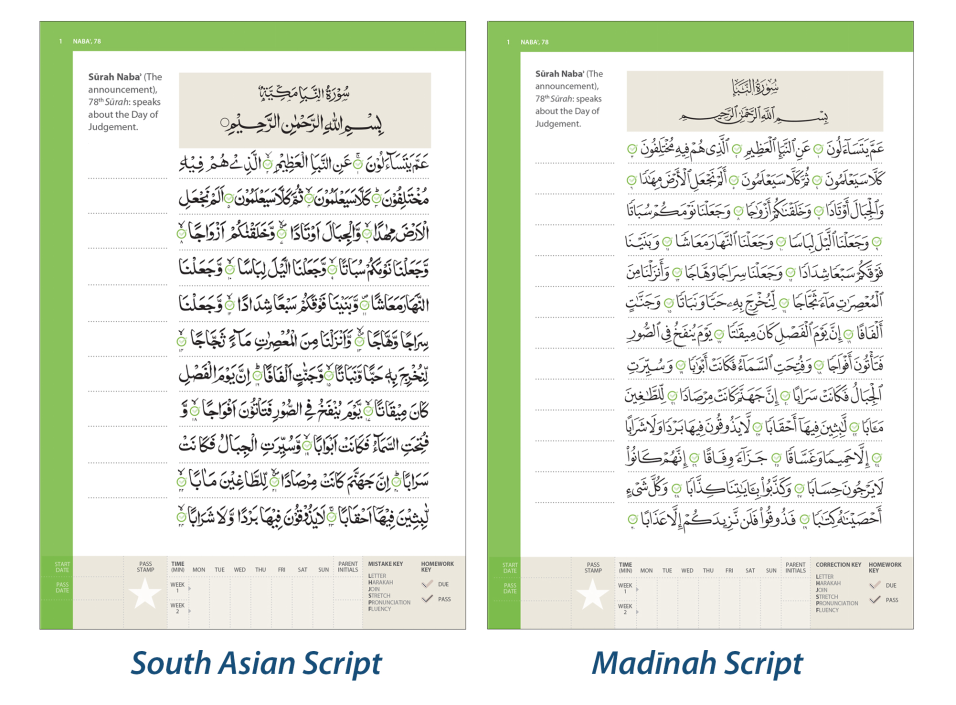 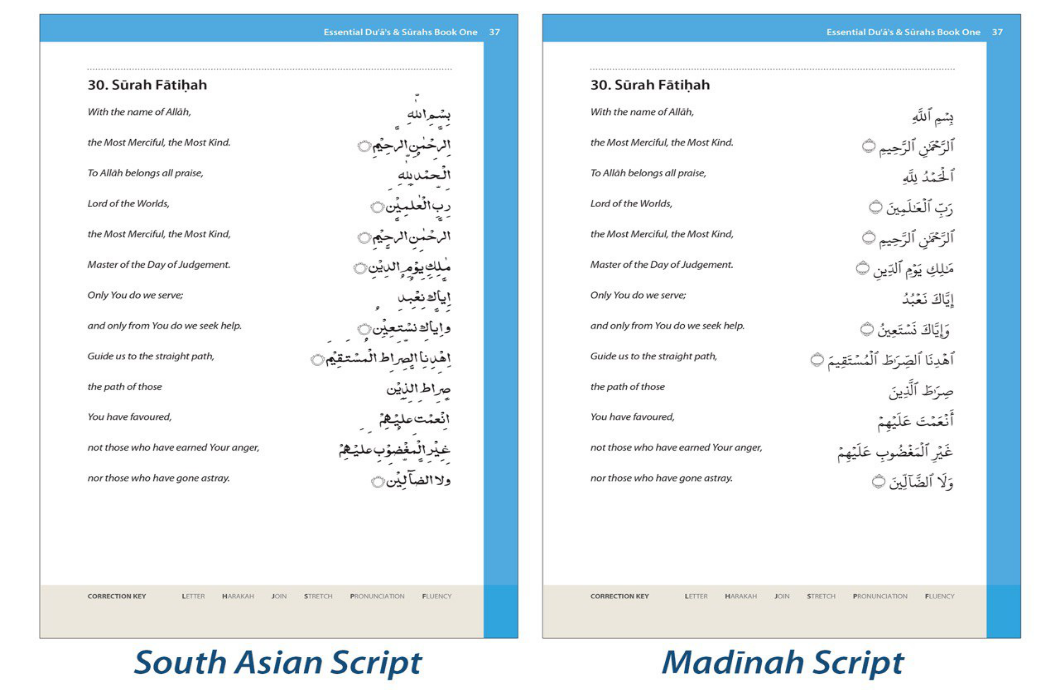 For a detailed breakdown of differences in the level structure and exercises of the two Qaidah’s, please take a look at their contents pages below:


Did this answer your question? Thanks for the feedback There was a problem submitting your feedback. Please try again later.